This year saw some of the highest recorded pollen counts in history, which had cities from Europe to the US covered in clouds of pollen as a result of global warming.

A spike in South Africa’s pollen production has also been flagged by local scientists who are calling for an urgent expansion of the country’s pollen monitoring programme.

Prof Jonny Peter, Head of the Allergy unit at UCT’s Lung Institute responsible for monitoring pollen in SA, says due to funding constraints the unit has only been able to consistently track pollen in Cape Town for the last 30 years, while other parts of the country have been monitored sporadically.

“Given the rise in pollen production globally, it has now become crucial for us to keep a closer eye on pollen as seasons worsen.

“There are several factors related to climate change that fuel increases in allergens. These include carbon dioxide (CO2) and other heat-trapping gasses that are causing the earth’s temperature to rise. This, in turn, increases the growth rate of plants and the amount and potency of pollen in the air. To sum it up, CO2 is like miracle fertiliser for pollen and we’re producing it at a rapid rate.

“Even if we stop building factories, power plants and driving petrol/diesel-powered vehicles, the earth’s temperature is on track to increase by at least 1.5˚C by mid-century, which will trigger more frequent pollen storms as have already been witnessed this year,” he cautions.

Scientists predict that pollen counts will quadruple in the next 20 to 30 years, making life unbearable for those with pollen sensitivities, and people who don’t normally suffer from hay fever may likely start to. Asthma attacks may also increase.

Prof Peter notes that it was only after a spate of asthma deaths and thousands of ER admissions in one 24-hour period as a result of a thunderstorm in the height of the pollen season in Melbourne three years ago, when countries started taking pollen monitoring more seriously.

“Due to the changing weather patterns, ‘thunderstorm asthma’ is becoming more common in certain parts of the world. It’s a weather phenomenon that occurs on a hot day/night when there is a lot of moisture present before a cold front and strong winds sweep up vast amounts of pollen into the sky, which is then sent pouring down, causing major respiratory distress. 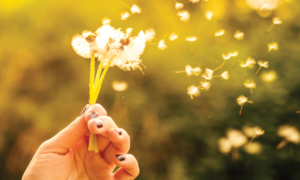 “If we have more pollen data to work with, we’ll be able to develop a public warning system if and when our region becomes vulnerable to these types of storms.”

“Monitoring pollen on a more sustainable basis will help us to better understand the impact of climate change on pollen seasons specific to our region and how pollen is evolving in order to develop more effective treatments for local conditions. 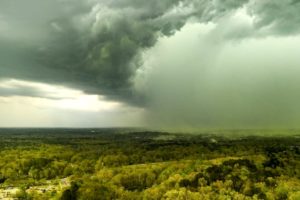 “Air pollutants also change the biological structure of pollen grains, which alters their allergen content. This intensifies their effect on those sensitive to pollen. Knowing how global warming is influencing the duration of pollen seasons is equally critical as allergists can only conduct pollen immunotherapy in low pollen periods,” remarks Berman.

While there are numerous websites and apps that forecast pollen and fungal spores for South Africa, Prof Peters says these counts are inaccurate and are often extrapolated from overseas data with no bearing on SA.

“Pollen allergies present one of the strongest examples of how global warming poses an increasing risk to public health. Already more than 17 million South Africans suffer from hay fever, which is set to increase.

“While, this year, we have managed to extend pollen monitoring to seven of the ten biomes (large presence of flora occupying a certain area) in South Africa thanks to funding provided by Clicks, Twinsaver, Thermo Fischer and A.Vogel Echinaforce – our aim is to have national coverage in place before the end of the year, which is why we are calling on the public to help us reach our target by way of a crowdfunding campaign. 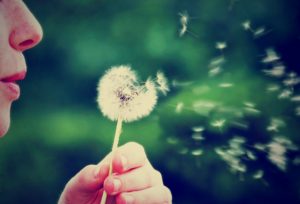 “Each pollen trap costs in the region of R150 000 to maintain over a 12-month period and our goal is to set up another three traps within the next few months.

“Having a better handle on pollen will help us to tease out the impact that climate change and other factors have on pollen production, whilst providing relief to patients,” explains Prof Peter.

Knowing the daily pollen count will assist hay fever sufferers to better manage their condition throughout the year as grasses, weeds, trees and shrubs pollinate at different times and not just during the peak pollen period (August to November).

This article was originally written for the Green Times

Brought to you by

The UCT Lung Institute Allergy and Immunology Clinic is embarking on the exciting and ground-breaking journey of national pollen sampling.